April is Alcohol Awareness Month– Educate Yourself and Others 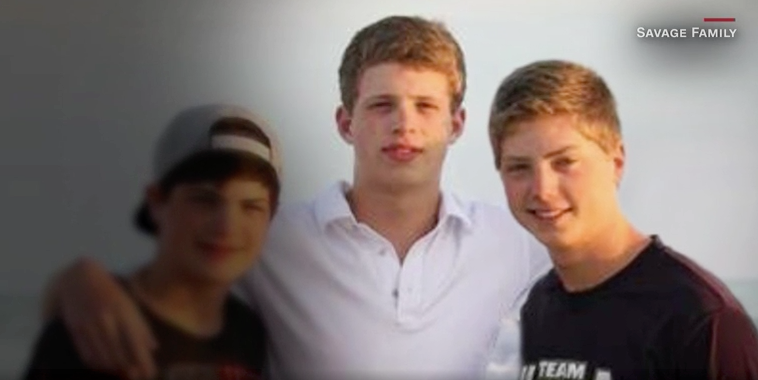 (CNN) – “Everything just kind of seemed like a blur that day,” Becky Savage said. “Your mind is not really meant to process something that extreme.”

The Indiana mom’s two oldest sons, Nick and Jack, were celebrating at high school graduation parties the night before. The boys came home about 12:30 a.m. and checked in with their mom, who had been waiting up.

The next morning, as Savage was picking up laundry in Jack’s room, she noticed that he wasn’t stirring as she tried to wake him.

“He was unresponsive. I called 911, and I remember hollering for Nick, for him to come up, and how he never came.”

Nick, her eldest son, was downstairs sleeping in the basement with friends.

The first responders arrived and tried to resuscitate Jack, and then Savage noticed one of them going downstairs to the basement.

“I had no idea at that point what they were doing in our basement. And then I remember one of them coming up and asking for a coroner. That’s the last thing that I remember that day.”

A tragic consequence
The boys were pronounced dead. Both had accidentally overdosed on hydrocodone and alcohol. Someone at one of the graduation parties had passed around the prescription pills.

Savage says the boys had never been in trouble with drinking or drugs. They just happened to make “a bad choice that unfortunately cost them their lives.”

For the next year, the Savage family — Becky, husband Mike and two younger sons, Justin and Matthew — worked on healing and picking up the pieces. They did not discuss their loss publicly until Becky was asked to speak at a local town hall about underage drinking.

“I had never spoken publicly before, and I was assured there would be maybe between 15 and 20 people there. So, I agreed to do it, and over 200 people showed up. It was just overwhelming.”

That’s when the family realized the impact their story could have on others.

Keeping their memory alive
After their first speaking engagement, more speaking requests came in. The Savage family decided to turn their tragedy into a positive force.

They started the 525 Foundation, named after the boys’ hockey numbers (Jack’s 5 and Nick’s 25) in order to share their story and prevent “another family from having to endure the pain” they experienced.

Savage now estimates that she has spoken in front of 23,000 students. She was also invited to testify before a US Senate committee dealing with the opioid crisis. The determined mother hopes to influence lawmakers to create stricter laws around prescription drugs. She also wants to spread awareness about the abuse of medication.

“We’ve talked to our kids about drinking, but we had never talked to them about prescription drugs, because it wasn’t even on our radar.”

As the Savage family continues to spread their message, they are finding that they are not alone.

“In different communities, there are still people who are unaware of the dangers. After I get done talking to them, the first thing they say is they’re going to go home and clean out their medicine cabinets.”

Taking it to the streets
One of the biggest ways the Savage family and the 525 Foundation are making a difference is by trying to help clean up their own community. They’ve teamed up with local law enforcement to hold pill drop-offs, where people can safely dispose of unused prescription drugs to prevent them from getting into the wrong hands.

After only three of these events, they’ve collected over 1,500 pounds of pills.

“If you think about how much one pill weighs, that’s a lot of pills collected. And when you think that one of those pills could take a life, that could potentially be a lot of lives saved.”

Savage hopes to install permanent pill drop-off boxes across her community soon. In the meantime, she continues to spread her message to protect other families and keep her sons’ memories alive.

“By me telling their story, they’re still able to make a difference in the lives of others. There can’t be a better goal than that.”