Study Finds Large Increase in Alcohol Use, High-Risk Drinking and Alcohol Use Disorders 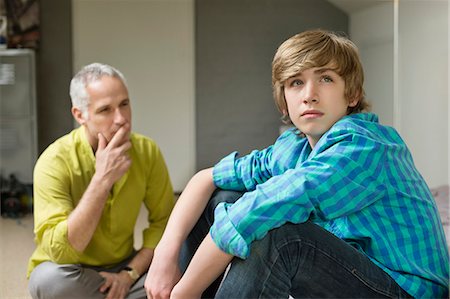 Most of the overdose deaths were unintentional and driven primarily by opioids, including both prescribed painkillers such as oxycodone and illicit drugs such as heroin and street fentanyl.

Mirroring the larger population, there was a downward trend in overdose deaths from methadone and prescription opioids in recent years but an uptick in deaths involving heroin and synthetic opioids such as fentanyl. The rate of teen overdose deaths involving synthetic opioids has increased sevenfold from 0.1 deaths per 100,000 15- to 19-year-olds in 2002 to 0.7 deaths per 100,000 in 2015.

The 2016 Monitoring the Future survey showed a continuing decline in the use of illicit substances — marijuana, alcohol and tobacco — and misuse of prescription drugs among teens. The annual survey is funded by the National Institute on Drug Abuse.

The recent increases in teen overdose deaths come after a relatively stable period from 2007 to 2011 and then a slight decline from 2012 to 2014.

‘No good, really bad for you in every way’

President Donald Trump, who recently declared the opioid crisis a national emergency, has said that one of the keys to combating the epidemic is reaching out to younger people.

“The best way to prevent drug addiction and overdose is to prevent people from abusing drugs in the first place,” Trump said this month after a briefing with Cabinet members and advisers on the epidemic. “If they don’t start, they won’t have a problem. If they do start, it’s awfully tough to get off. So if we can keep them from going on and maybe by talking to youth and telling them ‘no good, really bad for you in every way.’ ”

Although stories of teens using drugs and overdosing appear often in headlines, the number of teens dying from overdose is quite small. In 2015, 772 drug overdose deaths were reported for the 15- to 19-year-old age group. That represents just 1.4% of the 52,404 people who died of drug overdoses that same year. More than 33,000 of those deaths were from opioids.

“The public and the media tend to think of our opioid addiction epidemic as having a greater impact on teens. But the reality is that older Americans, 20-year-olds to 80-year-olds, have been hit much harder,” said Dr. Andrew Kolodny, executive director of Physicians for Responsible Opioid Prescribing and co-director of opioid policy research at Brandeis University