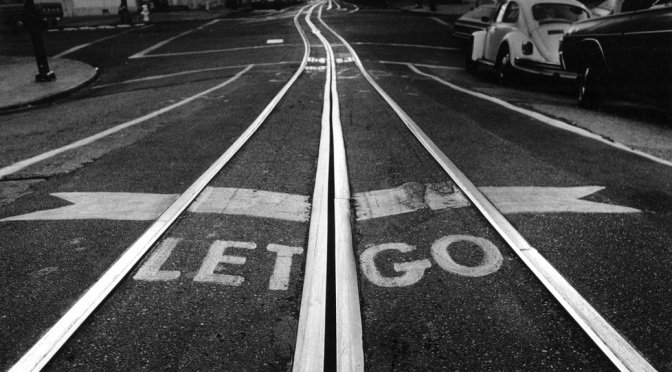 When it comes to living a sober life, it isn’t your memory that reminds you of your past. It’s not as if it taps you on the shoulder out of the blue and causes you to ponder the days gone by, good or bad. Our memories are always attached to something else altogether. In recovery, these things are called triggers.

Recovery sounds simple enough—you start a new life, you live a new way and in return the world gives you glorious hope and you cruise on in harmony. But in reality, and without realizing it, we’ve gathered a lot of cobwebs that are still stuck to us when we’re clean and sober.

There’s one of part of our past that is often the hardest to shake: the people in our lives who contributed, passively or actively, to our addictive state.

Moving on From Toxic People

It’s hard to let go of people we love, even when the reason we love them is illegitimate or abusive in nature. Some of our best memories might have been with the people who hurt us the most. But that doesn’t change the fact that these relationships are toxic for a person in recovery.
You’ve heard the phrase, ‘misery loves company,’ and nowhere is there more misery than in an active addiction.

Seeing a dealer or getting a phone call from an online pharmacy—I still get them 10 years later—can send us recovering addicts into an emotional tailspin as we remember what we did, and often, and how close we came to death.

I’m not trying to destroy relationships or families, but I am telling you this: anyone who contributed to your active addiction isn’t a friend anymore. They can be dealers, people you used with and even people who simply allowed you to use around them.

It may sound a bit extreme to do what I’m suggesting. But with sobriety at stake, these people need to be put in time-out until they can prove themselves as an ally.

How to Say Goodbye

Don’t play games with your sobriety. In fact, nobody—NOBODY—is worth a relapse. So with that in mind, how do you let go of these likeable parasites?

First, you make it clear to those around you that you’re a different person and that you’ve charted a new course. Anyone who isn’t aboard the sober train needs to be dropped off at the next stop.

What NOT to do:
-Make concessions – If you give someone an inch, they’ll take a mile.
-Be around them – Avoid contact with people who are going to bring you down
-Feel guilty – Sometimes you will have to be the “bad guy” in order to reclaim your life. That’s just the way it goes.

The most surprising thing I’ve encountered in my sobriety is how many people want what I have. I thought I’d be an outcast, but it’s actually the opposite. With this secret comes an even more earth-shattering truth: the people who are toxic will often come crawling back to you for help when they’re ready. This is something many addicts are unprepared for.

So what do you do? Be careful.

It’s good to be merciful and have a heart, but remember not to take your newfound sobriety for granted. If a former toxic friend wants help, it’s often best to connect them with someone else who can be their sponsor or guide. Don’t try to take it all on yourself. Being firm in your stance can help protect your sobriety.

Remember, help yourself first, then you’ll be strong enough to help others.