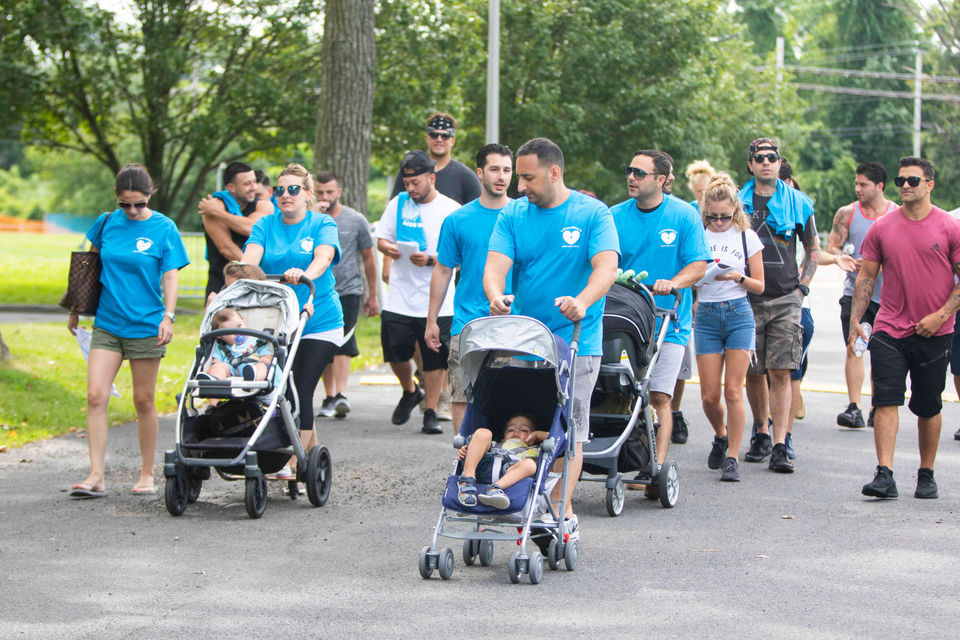 STATEN ISLAND, N.Y. — For every opioid-related death, a new relationship is born and the opposition grows stronger.

“Walk for Hope,” held Sunday at Mount Loretto in Pleasant Plains, was a shining example.

Three years after Robert Kunz Jr. was killed in a hit-and-run incident on the South Shore during a drug deal gone wrong, his family has committed to fighting opioid addiction, going public with his struggle, and joining forces with families scourged by the opioid epidemic as well as the public officials sworn to combat it.

Sunday’s event raised nearly $9,000, which was donated to Carl’s Recovery Center in Pleasant Plains. The center offers free, around-the-clock counseling, job placement, meditation and social events. Among the more than 50 people who attended the walk were District Attorney Michael E. McMahon as well as organizers of Christopher’s Reason and Pitbulls and Addicts.

“My brother passed away three years ago … I was just very depressed, I didn’t like who I was,” said Kristine Kunz Comito, who organized the walk. “I did bereavement, I did therapy, I did counseling, but I needed to do something myself.”

Only days ago, the Kunz family met with Mayor Bill de Blasio and McMahon to discuss the current state of the opioid epidemic and treatment options available.

“Having all these people together in a think tank, it helps us to figure out where to go from here,” said Kunz Comito.

On Sunday, McMahon said a new program might involve officials knocking on doors of residents with heroin-related charges as an aggressive strategy to offer counseling and medical options.

A recent report shows at least one overdose occurs every day on Staten Island, while an overdose death happens every three days.

For those who have poured their hearts into nonprofit organizations that are meant to combat the problem, the statistics are hard to swallow.

“Every weekend you get a phone call, someone’s died or overdosed,” said Donna Mae DePola, president of Christopher’s Reason, a Charleston-based center that offers treatment and support. “It does start to weigh you down because I feel we’re here for a fight and it seems like we’re losing.”

Prior to the walk, Monsignor Jeff Conway of St. Patrick’s Church spoke about Kunz, the boy he knew before his addiction, and about his own demons.

“I know the real Bobby, and I saw what happened to him with addiction,” said Monsignor Conway. “I met him at various meetings because I’m an alcoholic. I saw he was trying to do something, but the disease was so strong, it just overcame him.”