FIRST OF ITS KIND OPIOID SUMMIT IN DECATUR

To End The Opioid Crisis, Doctors Must Acknowledge We Helped Create It 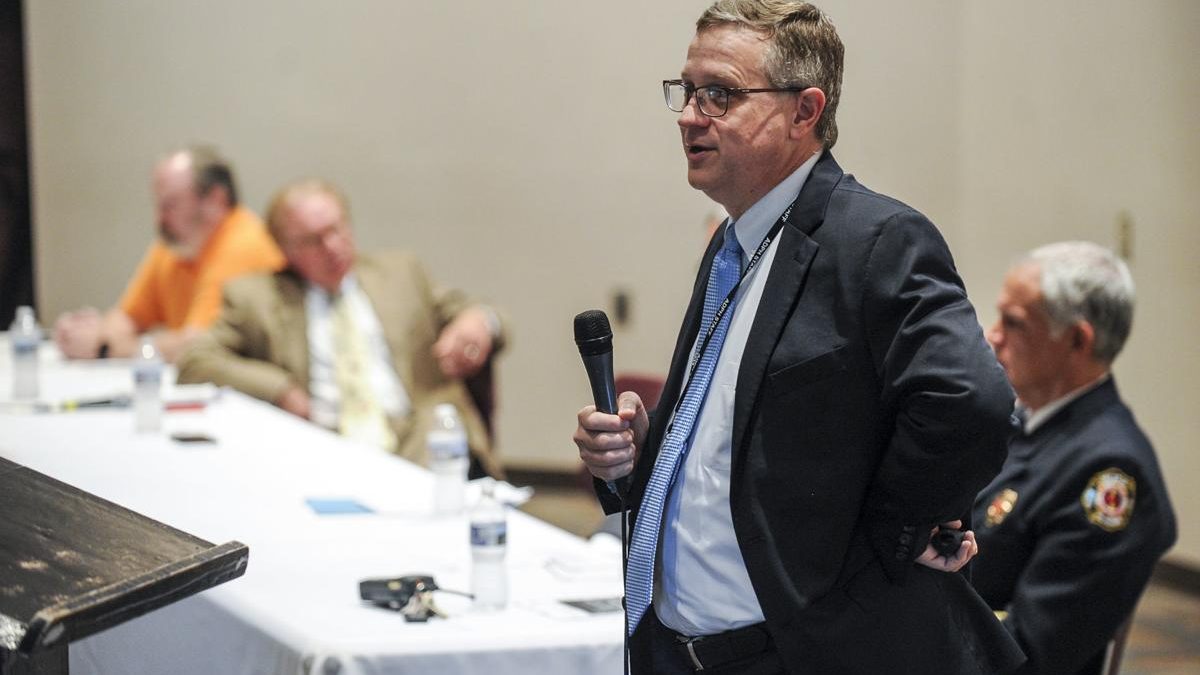 The country’s opioid crisis led to more than 60,000 deaths in 2017, exceeding the number of Americans who died in the Vietnam War, State Health Officer Dr. Scott Harris said Tuesday.

“I don’t know of a bigger public health crisis,” Harris said, speaking at an opioid summit hosted by the Mental Health Center of North Central Alabama at the Turner-Surles Community Resource Center.

“The overall life expectancy (in the U.S.) has decreased, and it’s due to opioids,” Harris said.

He said there are a combination of reasons why the scale of the problem is greater in America than other countries: drug company marketing practices, the access to care, and the nation’s concept of treatment, “a quick fix to every medical complaint.”

“We have more opioid prescriptions written (in Alabama) than in any other state,” Harris said.

He noted that around 70 percent of people addicted to drugs first obtained prescriptions “in a perfectly legal manner,” from physicians.

About half of overdose deaths in Alabama are related to opioids, Harris said. Preliminary data for 2016 shows that, of 741 drug overdose deaths, 323 were opioid-related deaths.

Among priorities of the state’s Opioid Action Plan is reducing overdose deaths through access to Naloxone, a medication that quickly reverses overdose by opioids.

“It works tremendously well,” Harris said. His presentation noted that Naloxone was given by EMTs to 5,368 people in 2016.

Another priority is modernizing the Prescription Drug Monitoring Program, developed to detect diversion, abuse and misuse of prescription medications classified as controlled substances, so the system is simpler and faster to use.

Local authorities also discussed the impact of the opioid crisis on their operations.

“Opioids know no boundaries,” Morgan County District Attorney Scott Anderson said. There’s no “cookie cutter” resolution to the problem, he said. “We’ve got to do something that addresses each person as an individual.”

In a chart tracking drug cases, the number of indictments for possession of a controlled substance in 2011, when Anderson came into office, was 146 and the number of those indictments reached 214 through June 30 of this year.

Probably half of those cases in recent years are opioid-related, according to Anderson.

Programs in place for offenders are Drug Court and the Pre-Trial Intervention Program.

Drug Court, which is voluntary, lasts at least 12 months, and participants are required to get their GED and a job, Anderson said.

“It’s not an easy program,” he said. But, if someone successfully completes it, “We will dismiss that charge.”

Of the 364 cases in Drug Court since Jan. 1, 2011, 108 are actively participating in the program, 186 have successfully completed it and 70 failed to complete it, according to office statistics, and 1,786 defendants have been denied Drug Court participation.

Decatur Fire Chief Tony Grande said the crisis also has an “unseen cost” to responders besides the risks of responding quickly to an emergency and treating overdose victims.

When there’s a 911 call to report an overdose, “at least eight first responders are attached to that call,” from the dispatcher to firefighters and ambulance personnel, he said. There are emotional “hammers on all those people.”