The Opioid Crisis Is Now a Fentanyl Crisis 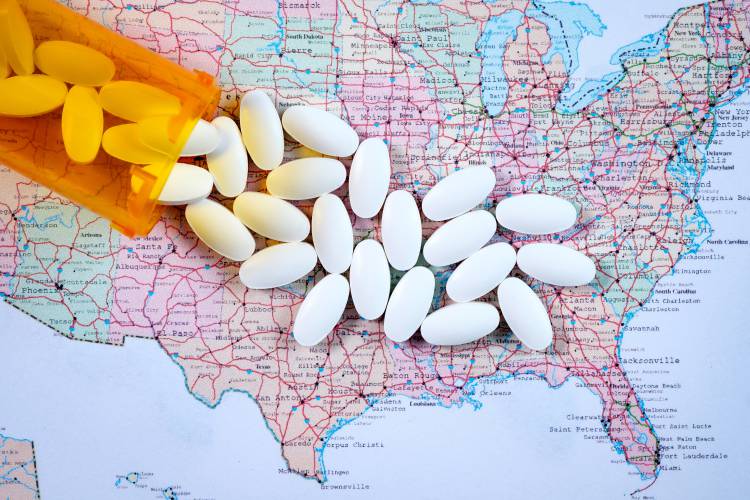 Despite increased attention to opioid abuse, prescriptions have remained relatively unchanged for many U.S. patients, research led by the Mayo Clinic in Rochester, Minnesota finds. The research, published in The BMJ, shows that opioid prescription rates have remained flat for commercially insured patients over the past decade. Rates for some Medicare patients are leveling but remain above where they were 10 years ago.

“Our data suggest not much has changed in prescription opioid use since about five years ago,” says Molly Jeffery, Ph.D., lead author, who is the scientific director of the Mayo Clinic Division of Emergency Medicine Research.

A cross-specialty team of physicians and researchers from Mayo Clinic, Yale University, The University of Alabama at Birmingham and Dartmouth College collaborated to study 48 million U.S. patients who had insurance coverage between 2007 and 2016. Using deidentified insurance claims from the OptumLabs Data Warehouse, the team compared opioid prescriptions among commercially insured patients; Medicare Advantage recipients 65 and older; and Medicare Advantage beneficiaries younger than 65, who generally qualify because of long-term disability. They found that over the course of one year, 14 percent of commercially insured patients, 26 percent of Medicare Advantage patients 65 and older, and 52 percent of disabled Medicare Advantage patients received an opioid prescription.

Over the 10-year period, disabled Medicare Advantage recipients had the highest rates of use and proportion of long-term use, and the largest average daily dose. For that group, quarterly opioid use was lowest in 2007 at 26 percent, peaked in 2013 at 41 percent, and was 39 percent in 2016. The average daily dose increased from the equivalent of seven pills of 5-milligram oxycodone to a high of about nine pills in 2012. In 2016, it went back to roughly eight pills.

Among Medicare Advantage recipients 65 and older, quarterly opioid use was lowest at the start of the study period in 2007 (11 percent), increased to 15 percent in 2010, and decreased to 14 percent by the end of the 10-year period. The average daily dose, roughly three pills of 5-milligram oxycodone, remained relatively unchanged for this group.

For commercial patients, quarterly opioid use remained relatively flat at 6-7 percent for the study period, and the average daily dose, which is the equivalent of about two pills of 5-milligram oxycodone, remained the same for that group, as well.

“Based on these historical trends, there remains an unmet patient need to better target the use of prescription opioids,” says W. Michael Hooten, M.D., co-author, who is a Mayo Clinic anesthesiologist and pain specialist.

The Centers for Disease Control and Prevention (CDC) has previously reported that opioid prescriptions in the U.S. increased dramatically from 1999 to 2010. The CDC says those numbers decreased from 2011 to 2015, but the 2015 total was still three times higher than the 1999 total and four times higher than the

amount prescribed per capita in Europe.

However, Mayo research finds that while prescriptions are leveling off, they’re not decreasing in most groups.

“Our research of patient-level data doesn’t show the decline that was found in previous research,” Dr. Jeffery says. “Those declines were seen in the total amount of opioids prescribed across the whole market. We wanted to know how the declines were experienced by individual people. Did fewer people have opioid prescriptions? Did people taking opioids take less over time? When we looked at it that way, we found a different picture.”

Adding to the urgency of addressing this issue is the steadily increasing number of deaths in the U.S. attributed to opioid overdoses. From 1999 to 2014, overdose deaths increased by 200 percent, and by 28 percent from 2015 to 2016 alone, according to the CDC.

Mayo Clinic is broadly researching opioid prescribing practices to find ideal doses for individual patient needs. The researchers say the goal is to achieve the best possible patient outcomes and experience with minimal exposure to opioids. This research has been translated into opioid prescribing guidelines and tools for medical practices at Mayo and beyond, identifying patients who may not need opioids and, in some cases, cutting prescriptions in half.