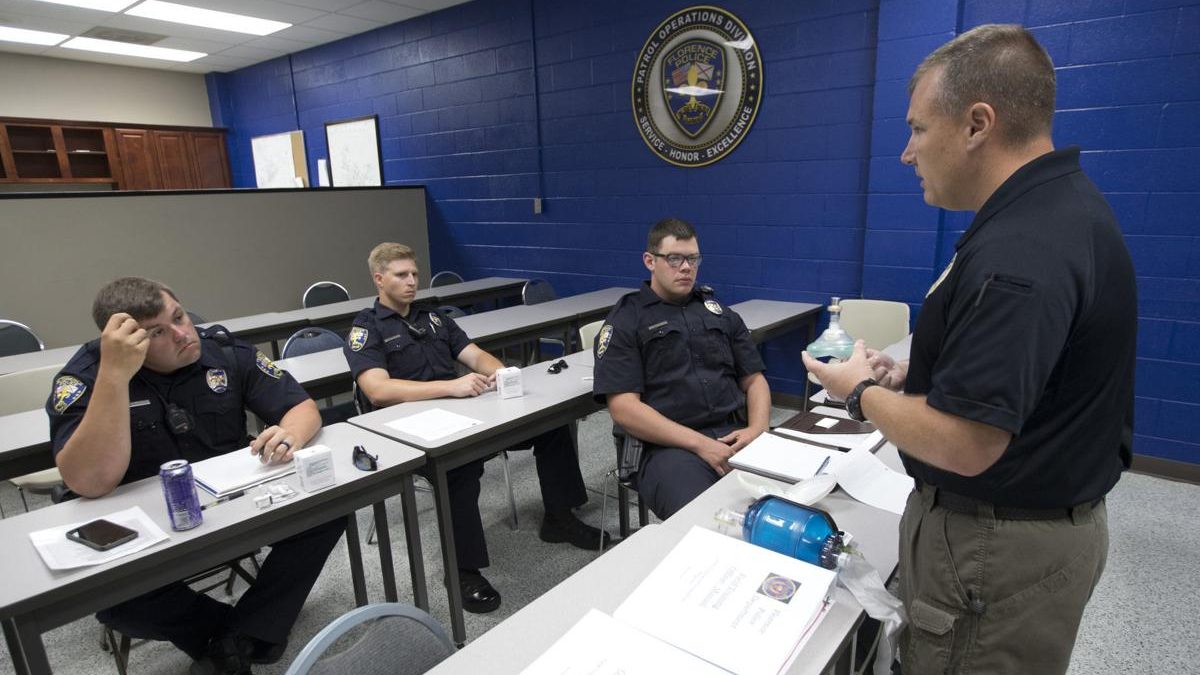 FLORENCE — Police officers often are the first to find individuals who have overdosed on heroin or opioids.

“That happens more frequently than people think,” said Florence Police Capt. Stephen Robertson. “We are seeing more and more situations where our officers are arriving on a scene and it’s an overdose.”

That trend has prompted the department to adopt a policy that every officer must be trained in the use of Narcan, a drug that acts as an antidote to a heroin or opioid overdose.

“We don’t want someone to die over a stupid mistake,” Robertson said. “If we can save a life, that’s what we’re trying to do.”

Tim Glover, director of the Lauderdale County Drug Task Force, said his department did some networking with the Alabama Department of Public Health and was able to secure more than 100 doses of Narcan.

As a result, officers from Florence, St. Florian, Killen and Rogersville, employees of the Lauderdale District Attorney’s Office and some deputies with the Lauderdale County Sheriff’s Office have been trained on how to use the drug.

“It’s my understanding the Sheriff’s Department is making it mandatory that all deputies be trained, so we are setting up training for that also,” Glover said.

Narcan is administered by nasal spray so there are “no inter-muscular shots,” Glover said.

Florence Police Chief Ron Tyler said the training is not a new initiative.

“Many agencies in other states have already deployed Narcan among their officers. It’s simply new in Alabama,” Tyler said. “It has a proven track record elsewhere, and we expect good results here as well if we have to use it.”

Glover said if Narcan is given to someone who is not overdosing on an opioid, it will not harm them.

“There will be no effect at all,” he said.

He said critics question whether police officers should be providing medical treatment in overdose situations.

“Administering Narcan is no different than a teacher administering a dose from an Epi-pen to a child suffering from an allergic reaction,” Tyler said. “Nor is it any different than utilizing a defibrillator. This drug can save lives. What more important job do we have?”

Glover said as far as he knows, none of the officers who have been trained on the use of Narcan has had to use it, yet.

“But it’s like an insurance policy. You hope you never have to use it, but it sure is nice to have when and if something does happen,” he said. “And with the growing number of people using heroin and opioids, it’s just a matter of time.

“I firmly believe Narcan is going to save someone’s life,” Glover said. “I’m sure glad we have it and officers are trained to use it.”