Most Doctors Are Ill-Equipped to Deal With the Opioid Epidemic. Few Medical Schools Teach Addiction.

The Opioid Crisis Is Now a Fentanyl Crisis 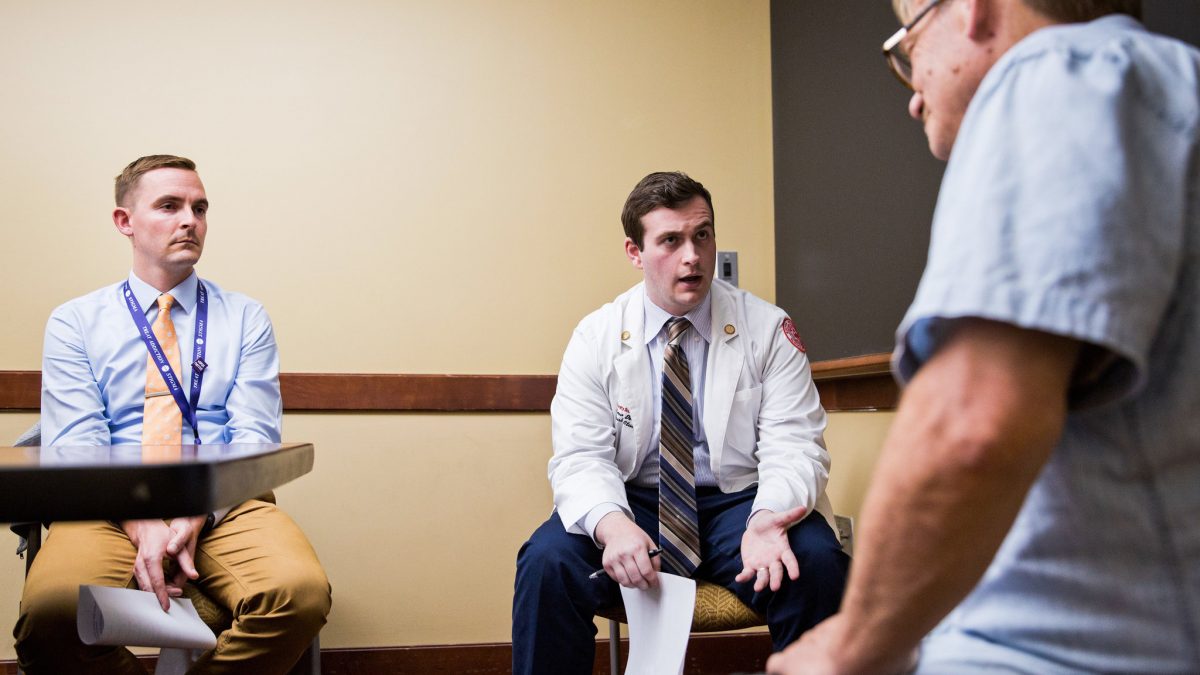 BOSTON — To the medical students, the patient was a conundrum.

According to his chart, he had residual pain from a leg injury sustained while working on a train track. Now he wanted an opioid stronger than the Percocet he’d been prescribed. So why did his urine test positive for two other drugs — cocaine and hydromorphone, a powerful opioid that doctors had not ordered?

It was up to Clark Yin, 29, to figure out what was really going on with Chris McQ, 58 — as seven other third-year medical students and two instructors watched.

“How are you going to have a conversation around the patient’s positive tox screen results?” asked Dr. Lidya H. Wlasiuk, who teaches addiction awareness and interventions here at Boston University School of Medicine.

Mr. Yin threw up his hands. “I have no idea,” he admitted.

Chris McQ is a fictional case study created by Dr. Wlasiuk, brought to life for this class by Ric Mauré, a keyboard player who also works as a standardized patient — trained to represent a real patient, to help medical students practice diagnostic and communication skills. The assignment today: grappling with the delicate art and science of managing a chronic pain patient who might be tipping into a substance use disorder.

How can a doctor win over a patient who fears being judged? How to determine whether the patient’s demand for opioids is a response to dependence or pain?

Addressing these quandaries might seem fundamental in medical training — such patients appear in just about every field, from internal medicine to orthopedics to cardiology. The need for front-line intervention is dire: primary care providers like Dr. Wlasiuk, who practices family medicine in a Boston community clinic, routinely encounter these patients but often lack the expertise to prevent, diagnose and treat addiction.

According to the Centers for Disease Control and Prevention, addiction — whether to tobacco, alcohol or other drugs — is a disease that contributes to 632,000 deaths in the United States annually.

But comprehensive addiction training is rare in American medical education. A report by the National Center on Addiction and Substance Abuse at Columbia University called out “the failure of the medical profession at every level — in medical school, residency training, continuing education and in practice” to adequately address addiction.

Dr. Timothy Brennan, who directs an addiction medicine fellowship at Mt. Sinai, said that combating the crisis with this provider work force is “like trying to fight World War II with only the Coast Guard.”

Now, a decade-long push by doctors, medical students and patients to legitimize addiction medicine is resulting in blips of change around the country. A handful of students has begun to specialize in the nascent field, which concentrates on prevention and treatment of addictions and the effect of addictive substances on other medical conditions. In June, the House of Representatives authorized a bill to reimburse education costs for providers who work in areas particularly afflicted by addiction.

There are only 52 addiction medicine fellowships (addiction psychiatry is a separate discipline), minuscule compared to other subspecialties. In August, the first dozen finally received gold-standard board certification status from the Accreditation Council for Graduate Medical Education (by contrast, there are at least 235 accredited programs in sports medicine).

While most medical schools now offer some education about opioids, only about 15 of 180 American programs teach addiction as including alcohol, tobacco and other drugs, according to Dr. Kevin Kunz, executive vice president of the Addiction Medicine Foundation, which presses for professionalization of the subspecialty. And the content in all schools varies, he noted, ranging from one pharmacology lecture to several weeks during a third-year clinical rotation, usually in psychiatry or family medicine.

This 75-minute session to teach B.U. students the nuances of assessing a pain patient is already unusual. What also distinguishes it is the presence of an addiction medicine fellow, Dr. Bradley M. Buchheit of Boston Medical Center.