Most Doctors Are Ill-Equipped to Deal With the Opioid Epidemic. Few Medical Schools Teach Addiction. 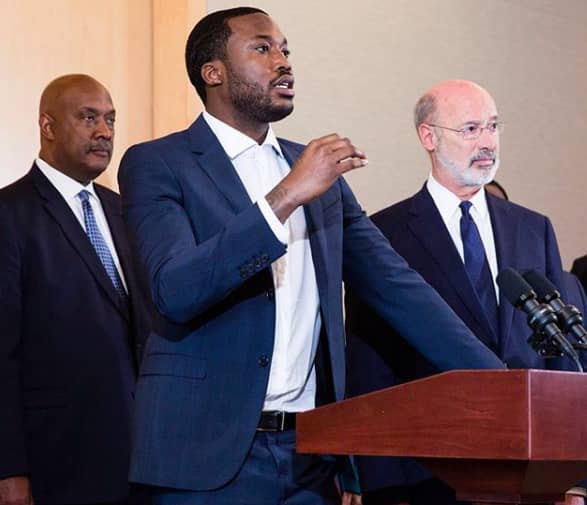 Meek Mill spoke candidly about his battle with an opioid addiction while he was on probation during a press conference he held in Philadelphia. The rapper was released on bail from prison in April.

“I think [there] should be a line drawn where you have a drug problem [and] where you’re scared to tell your probation officer you have a drug problem because you don’t want to be sent to prison for years,” he said, standing next to Pennsylvania Governor Tom Wolf. The rapper argued that people with drug addictions who are on probation should not be penalized by the courts for having an addiction. The fear of negative repercussions will perpetuate the drug problem and prevent people from seeking treatment that is potentially life-saving.

The rapper previously spoke about his addiction in an interview with Rolling Stone while he was incarcerated. He had his wisdom teeth removed in 2013, and a prescription for Percocet got him hooked. In 2015, he was sent back to prison for six months after testing positive for the opiate.

The rapper thanked his probation officer who eventually helped him recover by sending him to rehab. “It changed my life,” he said.