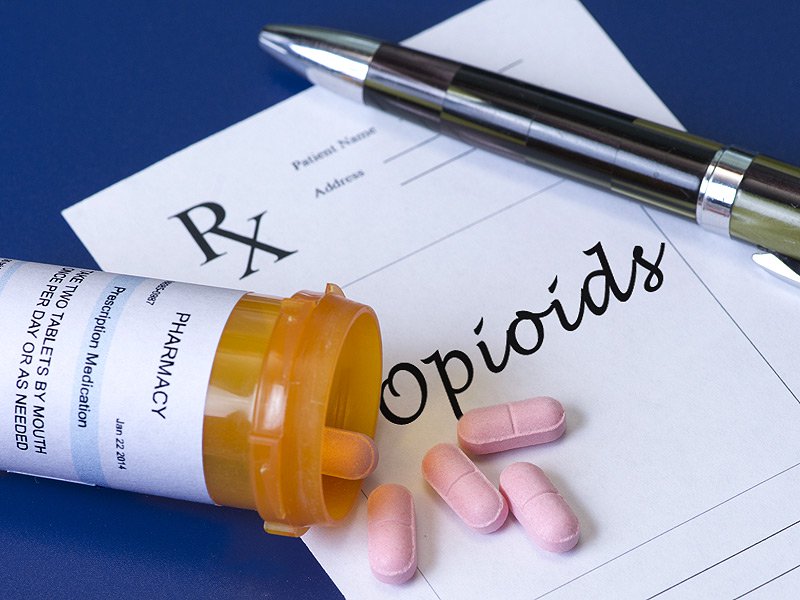 A new map charts opioid prescribing rates by congressional district and shows the highest prescribing rates occur in Appalachia, the south, and the rural west, according to a report published in the American Journal of Public Health.

The discrepancy between opioid overdoses in rural and urban areas has been well documented, but analyzing practices by congressional district may help hold elected representatives accountable for developing tailored strategies to address opioid use in their district.

“Congressional districts are very weirdly shaped, and they contain all these little portions of counties. Sometimes the counties don’t provide a good picture of what’s actually going on to an elected representative’s constituents, who they know very well,” says Jack Cordes, a co-author of the paper and an epidemiology master’s student at the Harvard T. H. Chan School of Public Health.

The researchers collected 2016 opioid prescribing rates from the Centers for Disease Control and Prevention (CDC), which the agency obtains through the prescription tracking company IQVIA. The team identified prescribing rates by county and used census data to then estimate rates by congressional district.

“The opioid epidemic has really expanded from an urban problem to a suburban and rural problem in the United States. That’s a very important change in the epidemiology of drug use and has huge implications for how we organize care,” says Joseph Merrill, an addiction medicine expert at the University of Washington, who was not involved with the research.

The opioid epidemic is ongoing and claimed more than 42,000 lives in 2016 alone. Even so, the amount of opioids found to be circulating in communities is striking. The highest rate of prescribing was in the Alabama fourth, with 166.69 prescriptions per 100 people—meaning that there were more opioid prescriptions than there were individuals in the district.

“There are people in this congressional district who have no prescriptions, which means there are some people who have two, three, or four prescriptions at the same time for different opioids,” Cordes says. “Districts with more than one prescription per person are particularly at risk.”

Addressing prescribing is important, but other elements fuel the epidemic as well. Many people are already addicted and will, therefore, seek out opioids at any cost. The opioid supply is also more dangerous with the emergence of the especially lethal opioid fentanyl. Additionally, it can be difficult to see the full picture of prescribing patterns, Merrill says. For example, one doctor could have a sky-high prescribing rate, but she could also be the only provider in the region.

Still, prescribing may be the facet we have the most control over, Cordes says. Leaders can implement policies that enforce responsible prescribing practices for individual doctors or entire clinics. Such policies may involve physician education, monitoring patients who receive opioid prescriptions, tapering patients from high doses to low doses, or identifying patients with an opioid addiction and connecting them to treatment.

For example, the Michigan Department of Health and Human Services passed a series of laws that address prescribing behavior. Legislation requires prescribers to discuss overdose and addiction risk with patients or guardians, explain how to responsibly discard extra or expired pills, state that drug distribution is a felony, highlight how opioids can affect a fetus in the case of pregnant women, more thoroughly review patients who need more than a three-day supply, and refrain from prescribing more than a seven-day supply of opioids for acute pain, among many other provisions. The government also established educational programming about opioids for students. Laws like these vary by state, and the CDC released federal guidelines for prescribing opioids in 2016.

Changes like these have already helped curtail opioid prescribing rates. The rate decreased steadily between 2010 and 2015, according to the CDC, falling from 782 to 640 morphine milligram equivalents per person. (Although the rate in 2015 was still three times higher than it was in 1999.)

Prescribing patterns can identify areas that merit extra attention, Merrill says, but better outcomes, by comparison, doesn’t mean a region has emerged from the crisis. “The opioid epidemic is really widespread and really serious, even in places where prescribing rates, overdose rates, or admission to treatment aren’t high compared to others,” Merrill says. “You can say that one place is more severely affected, and we should target resources to that area, but every part of the country needs more treatment.”