The First 90 Days of Recovery 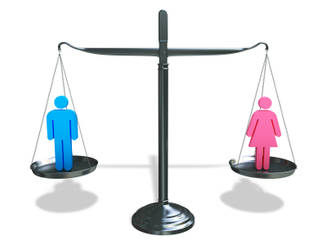 Addiction used to be considered a man’s problem, but if that was ever true, it isn’t any longer. Men do and historically always have abused drugs at higher rates than women, but the numbers are growing closer. This is an equality that neither gender should desire.

When it comes to recovery from addiction, women may have it worse.

The President has proclaimed September 2017 as National Alcohol and Drug Addiction Recovery Month in order to “emphasize to all those suffering that recovery is possible.” The Substance Abuse and Mental Health Services Administration (SAMHSA) had already named it National Recovery Month, as it has every September for the past 27 years.

Despite promises made on the campaign trail in 2016 to improve substance abuse access and treatments, all the president’s men—in particular Attorney General Jeff Sessions and Health and Human Services Secretary Tom Price—seem more interested in arresting and punishing drug dealers and users than in treating them. The President also seems intent on building a great wall on the US-Mexico border to keep out illicit drugs (as well as the huddled masses yearning to breathe free, or at least collect a paycheck).

But more than half of people admitting to prescription pill abuse in the latest SAMHSA National Survey on Drug Use and Health (NSDUH) said they got their drugs from family and friends, not dealers (only 6 percent) or unscrupulous pill-mill doctors. Increasing drug arrests or a wall won’t stop such abuse. What you need are better recovery options.

SAMHSA states that Recovery Month is intended “to increase awareness and understanding of mental and substance use disorders and celebrate the people who recover.” Increased awareness has been a problem, especially for women. “Until the early 1990s, most research on substance abuse and dependence focused on men,” according to Harvard Health Publications website, “Since then, investigators have learned that important gender differences exist in some types of addiction.”

Among those differences is that while men use more addictive substances than women – with the result that more of them go to emergency rooms and die from overdoses – women have been playing catch-up. According to the American Association of Addiction Medicine, between 1999 and 2010, the rate of overdose deaths due to prescription pills rose 400 percent among women, compared to 237 percent among men. And the number of heroin overdose deaths for women tripled between 2010 and 2013.

It turns out that women develop dependence more quickly, suffer “consequences” (medical and social) sooner, find it harder to quit and easier to relapse than men. The University of Pennsylvania’s Teri Franklin said that the reason may be hormones, specifically estradiol, a type of estrogen. During ovulation, it may boost a drug’s effect, causing greater euphoria, thus planting addiction’s hooks deeper.

The effects and addictiveness of some drugs also differs between men and women. Take nicotine. Smoking is declining among men and women, but the rate among women has declined at a slower pace, so that “Risk of death from smoking-associated lung cancer, chronic obstructive pulmonary disease, heart disease, and stroke continues to increase among women—approaching rates for men.”

It’s a similar story with alcohol and other “illicit” drugs, including marijuana and misused prescription drugs. Women are “less likely than men to quit and more likely to relapse if they do quit.” Fortunately, once women do enter treatment, they do about as well as men.

My parents smoked, as did my sister and two brothers. I never have. If you were extrapolating national statistics from that small group, you could conclude that more men smoke than women, or you could conclude that 100% of women smoke but only 75% of men. So far only my father has suffered serious medical issues (chronic obstructive pulmonary disease or COPD) that may have been related to his earlier smoking (though he was older, too).

While he smoked my father may have smoked more intensely—he sometimes smoked cigars as well—and often, yet he had little trouble quitting smoking as compared with my mother (I’m not sure the rate of relapse of my siblings).

With substance abuse recovery, men have another edge over women in that they are more likely to seek help. Among the reasons are:

That last is especially galling. There’s not only a wage gap, but a wealth gap. There’s even evidence that women delay undergoing an expensive medical procedure until they are better able to afford it (fiscally prudent, but hazardous to their health).

That may be why there seem to be more rehab centers designed for or targeted to men, including executive or luxury rehab centers (where they can continue to carry out business with a virtual office, sometimes even video conferencing): they have more money.

Women may benefit more from separate gender-specific treatment than men. A 2011 pilot study found that while such separate treatment was as effective as coed in the short term, “after six months, women from the all-female group continued to improve, whereas women in the mixed group were likely to have relapsed.”

Overcoming addiction requires information and the willingness to study and learn from it. There may be gender differences, but there should be no gender bias in recovery.