Teen Girls Are at a High Risk for Depression 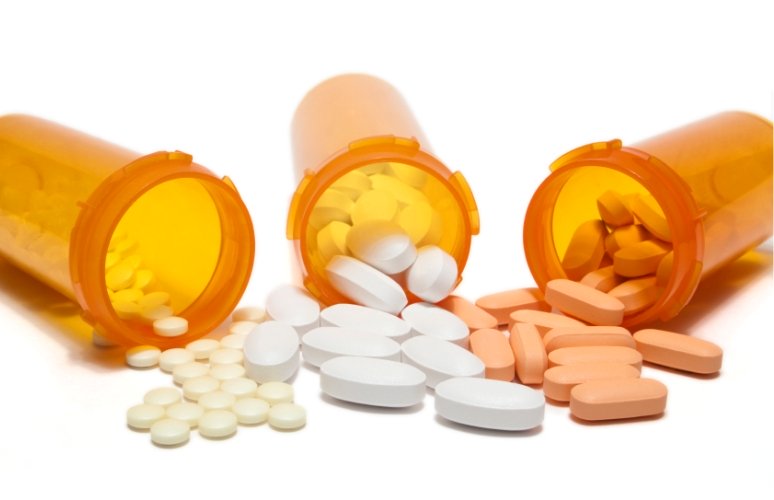 At a time when the opioid crisis could be declared a national emergency, education should be at the front end of prevention to help bring death rates and addiction numbers down.

While the declaration would give the federal government expanded powers and additional resources to prevent and treat overdoses, the executive director of the Council on Substance Abuse-NCADD said that, along with education, more treatment options and recovery support are needed.

“I think one of the challenges that we are trying to gauge, is the fact that the prescription opioids … unless you are caught where there is a crime or an accident of that nature, it can pretty much go unnoticed,” said Shereda Finch. “Especially when people receive prescriptions from their doctor.”

Opioids, by the numbers

A total of 736 people in Alabama died in 2015 from drug overdoses, including overdoses of opioids, such as heroin, fentanyl and prescription narcotics, as well as other drugs such as cocaine and methamphetamine, according to the Centers for Disease Control and Prevention.

The governor’s office reported that of Alabama’s 736 reported drug overdose deaths in 2015, a total of 282 – 38 percent – were caused by opioids, according to a Kaiser Family Foundation review of CDC data.

Gov. Kay Ivey last week announced that she has signed Executive Order 708, creating the Alabama Opioid Overdose and Addiction Council. This executive order changes the previous Alabama Council on Opioid Misuse and Addiction, and adds an Alabama attorney general as a third co-chair, and a physician appointed by the Medical Association of the State of Alabama.

In the last 16 years, more than 183,000 Americans have died from overdoses related to prescription opioids, according to the CDC.

Nationwide, 52,404 people died in 2015 from drug overdoses. Of those drug overdose deaths, 33,091, or 63 percent, involved an opioid. Use of prescribed opioid pain relievers such as OxyContin and Percocet has been especially common in Alabama.

Doctors in 2012 wrote 1.43 prescriptions for opioid pain relievers per person, a rate higher than in any other state, according to the CDC. The national average in 2012 was 0.87 opioid prescriptions per person.

How states have used emergency declarations to fight the opioid epidemic
“We are a top prescribing state with hundreds of deaths each year from overdose,” Ivey stated in a release. “It’s a serious situation that all citizens need to be aware of and help us with.

“We must find ways to curtail this crisis in Alabama. I look forward to reviewing the council’s recommendations for strategies to reduce the number of deaths and other effects caused by opioid misuse in our state.”

Alabama had more opioid prescriptions than residents in 2012, a higher rate than that of any other state, according to data from the American Physical Therapy Association. In the same year, Arkansas was in the top 10 among all states for the number of prescribed opioids, with 116 prescriptions per 100 people.

More than 1,200 people died of an overdose in Georgia in 2014, with opioid drugs frequently implicated, while Louisiana ranks 13th in the nation in painkiller prescriptions – 96 to 143 prescriptions per 100 people.

The rate of painkiller prescriptions in Mississippi is sixth highest per capita among the 50 states, with 120 prescriptions for every 100 people.

Tennessee hospital charges for prescription opioid poisonings rose 600 percent from 2001 to 2011. Texas is home to four of the country’s 25 cities with the highest rates of opioid abuse.

President Donald Trump stated earlier this month he is “drawing documents now” to officially label the crisis as a national emergency, a formal action that would have both symbolic and legal power. The last time a president took similar action was in 2009, when President Barack Obama declared a one-year state of national emergency to prepare for the H1N1 influenza virus.

A formal presidential declaration – when coupled with a public health emergency declared by the Secretary of Health and Human Services – would give the administration additional powers to waive health regulations, pay for treatment programs, and make overdose-reversing drugs more widely available.

In the meantime, COSA, which promotes the understanding that alcoholism and other drug dependence are preventable and treatable diseases, is the state affiliate of the National Council on Alcoholism and Drug Dependency (NCADD), will continue serving Autauga, Elmore, Lowndes and Montgomery counties.

This fiscal year, which began in October, COSA has seen about 350 clients, but can’t quantify how many of them have been people dealing with pain medication addiction.

“We haven’t seen a lot of treatment in this area,” Finch said. “It seems Montgomery is very limited. The northern part of Alabama … they are experiencing greater overdoses than we are.

“With our program, we’re in rural communities. There is little access to programs in those communities. But sometimes, in their head, it’s better not to bring it up.”

A peer-to-peer initiative through the Council on Substance Abuse-NCADD – the Recovery in Rural Communities Project – aims to help prevent alcohol and substance abuse relapse and promote sustained recovery.

“There’s so much drug abuse going on in the rural communities, and there’s no access to recovery meetings,” Jerry Matthews, director of the Recovery in Rural Communities Project, has said. “It’s going to be able to bring life to it in a recovery aspect.

Through a $250,000 federal grant, the project will use an evidence-based peer-to-peer recovery support service for about 400 people with substance use disorders living in rural River Region counties – Autauga, Elmore, Lowndes and Montgomery.

Finch finds it important to establish phone lines for those needing help “because it’s behind closed doors and you’re able to ask questions and receive support. That seems to be more effective. We’re finding more and more that people don’t want to be associated with a ‘program.'”

Getting to them, though, means starting with the youth.

“I get calls from parents,” Finch said. “As teens, they are being prescribed (medication) because of an accident. Education at the front end is very vital.

“When someone is overdosing, time is very critical.”