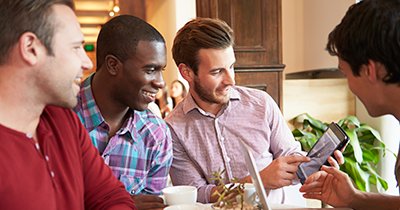 In the early stages of addiction, men face a number of barriers and obstacles that keep them from getting the help they need. The cultural expectations of our society have forced men to assume the role of being strong, fearless, and in control. This mindset produces the ideology that “being a man” means you never need help, never have problems, and admitting either is a sign of weakness. As a result, masculinity has become synonymous with ignoring or denying pain, trauma, and addiction.

In the midst of all these unrealistic expectations, it’s no surprise that men often times have a difficult time asking for help and seeking treatment. Although it’s not impossible to overcome these barriers, the men that do ask for help and complete a drug and alcohol rehab program still have a number of challenges to face in recovery.

Men in early recovery who are enrolled in sober living and aftercare programs must still be vigilant about maintaining their recovery. If gender-specific risk factors are not addressed, these men may face a higher risk of relapse.

Men enrolled in a transitional housing program truly benefit from the additional recovery support services provided during the first few vulnerable weeks and months of their independent sobriety. Unfortunately, even with the additional support, the risk of relapse is still present and most men who relapse will do so for the following reasons.

To enhance the efficacy of substance abuse treatment for men, the following factors should be provided within any sober living program for men in early recovery.

Support systems are key for both men and women in the early stages of recovery. Although studies show that men are less likely than women to maintain a social network, a sober living program can help men develop a healthy social support group and cultivate it throughout the progression of their program. Building a peer support system can also provide learning opportunities for men who need assistance asking for, accepting, and offering help to others.

Personal monitoring programs that keep men accountable to their treatment programs can help them maintain consistent engagement in treatment, particularly group therapy sessions. It is essential for men in recovery to have a safe and welcoming environment in which to discuss the issues they’re facing. These groups also provide an excellent opportunity for men to challenge society’s cultural expectations about men and develop a broader vision of what it means to be a man in today’s world.

Emphasizing recovery goals in a transitional housing program can be very helpful for men in early recovery. Men tend to be more goal and action-oriented, so giving them something to do to prepare for the next steps of recovery appeases their sense of control, usefulness, and confidence.