A mother’s guilt: my personal experience with the opioid crisis and what to do about it

With 175 Americans Dying A Day, What Are The Solutions to The Opioid Epidemic?

Rampant opioid injection: ‘A ticking time bomb’ that puts all Americans at risk for disease

Cory was prescribed opioid painkillers for an accident when he was 19. When he couldn’t get any medication because of a fluke, he turned to heroin.

For the past five years, I have been plagued with thoughts of regret. “I should have done more” and “I wish I did that” are on a constant loop inside my head. I am slowly coming to terms with the fact that it will always be there, like a mass that encompasses part of my head, my heart and my home. This is my new normal since my son died, at the age of 30, of a heroin overdose. (Mother’s Guilt #1)

Cory died of his addiction, but he also died because the medical profession failed him. Please don’t think that I feel my son had no responsibility for his death. He absolutely did, but so did all the doctors who overprescribed medications without getting to the root of his problem: depression.

Cory was a happy-go-lucky guy with a need for thrills. When he was 19, he had an accident involving a trampoline and a snowboard. He landed face first on the ground, breaking his arm. The result was two plates and 24 screws in his right arm.

What does this have to do with his overdose? Everything.

No doctor did a CT scan on his head; everyone, including the family, was focused on his arm. (Mother’s Guilt #2) Yet that accident changed my boy. He ended up going into bouts of depression, some days not even being able to get out of bed. Other days he was in great pain with the plates and screws. It was a vicious cycle: pain causing depression, depression causing pain. As any mother would, I sought help for my boy. It was time to get professionals involved.

We found him a doctor for his pain, a psychologist to talk through his post-traumatic stress disorder from his accident, and a psychiatrist to help with his depression. The doctor instantly prescribed him opioids for the pain, the psychiatrist prescribed uppers and downers, and all the while no one was checking what the other one was prescribing.

When Cory met with the psychiatrist, each appointment would last fewer than 10 minutes. After asking trite, inconclusive questions, such as “Do you feel like killing yourself today?”, the doctor would write another prescription, and Cory would be sent on his way. To my family, this seemed strange, but the doctor was the one with the degree, so who were we to question? (Mother’s Guilt #3)

The depression would go away for a few days and then come back, debilitating him again. The doctors just kept filling the prescriptions. This continued until his medical doctor moved away, and there was no one to prescribe his opioid medication. Doctors were now starting to close their prescription pads as people began realizing the harm these pills were causing. His psychiatrist went on vacation for a couple of weeks, and there was no one to fill his depression meds. I know this sounds like it couldn’t happen, in fact, it shouldn’t happen, but it did.

The pills were gone, but his addiction remained — a connection this country doesn’t like to admit. Cold turkey withdrawal from his addiction to these medicines was now how he would have to survive. So, he did what thousands of other people do when they arrive at this situation: They turn to heroin. No prescription needed, easily obtained, and instantly followed by the gratification of suppressing an addiction pain-free. We had no idea, but we would soon enough. (Mother’s Guilt #4)

Cory died on Nov. 22, 2013 — 50 years to the day after another American tragedy, the assassination of President Kennedy. My son’s death occurred before the world fully recognized the dangerous correlation between prescription pills and heroin, as well as the correlation between mental health and drug abuse.

Our children are dying, and we still don’t understand (nor do we want to accept) that addiction is a chronic disease in the brain. Like cancer, it can be managed but not necessarily cured. Just as no one wants to have cancer, no one wants to have a mental defect. Yet society has decided that while compassion for someone with cancer is allowed, mental health and drug abuse will remain stigmatized.

We need our government to provide extra funding for mental health facilities. We need our regulators to keep dangerous pills off the market. We need Big Pharma to start owning up to its mistakes and stop making money at the cost of our children’s lives.

Some strides are being made. On May 16, which would have been Cory’s 35th birthday, my home state of New York sued Purdue Pharma, which developed OxyContin and downplayed the risks of addiction, for the damage it inflicted on our communities. I stand with New York and hope other states follow suit.

We owe our children the best possible care to break this dangerous cycle.

Please, let’s not have another woman carrying around mother’s guilt for the rest of her life. 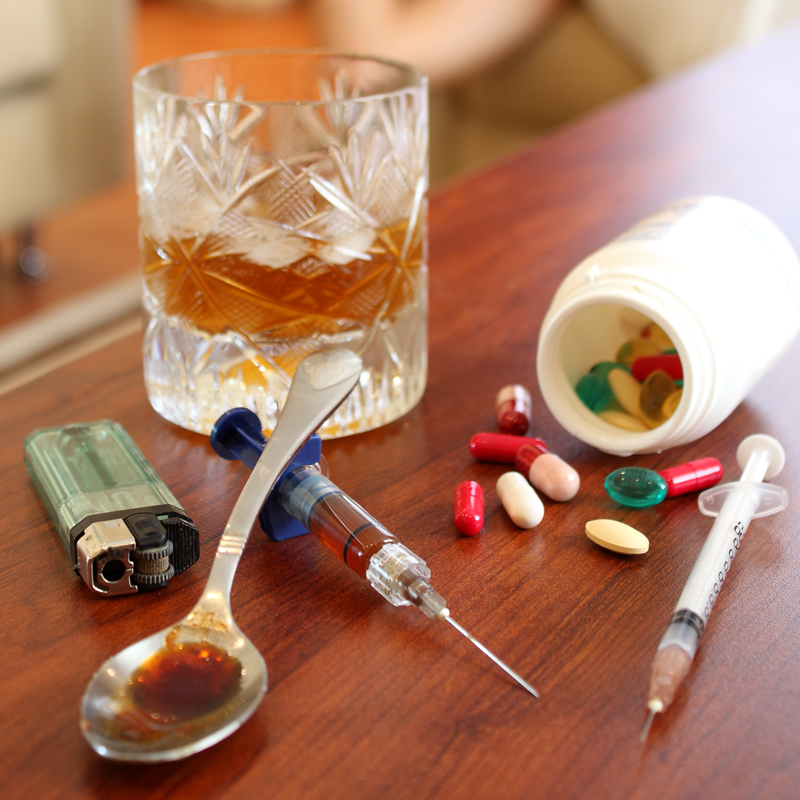